Before passing away  Khalil admitted in  a written letter for Ahmed that he is not his father ,but he is his uncle who is taking care of him since his being a kid ,and his father killed his mother for her betrayal ,and the one who knows where is  his father is the servant Esmail who lead him to his father Darweesh who is working in a show band ,so Esmail presents Ahmed as a guy who is in need for work so as to let him be beside his father.
Abdel Motagally offers to establish a stage for them in case he got married from Laila (Darweesh daughter) with having a percent of profit after getting them signed documents proofing that they have taken money from him but they all refused.
Toha (daughter of the stage owner) offered herself to Abdel Motagally .
And finally Abdel Motagally reveal the truth to them all that Ahmed is the rich man who paid all the expenses for building up the stage  ,then Ahmed revealed his name to Darweesh who admitted to them all that Ahmed is his son and that Laila is not his daughter but she is his second wife’s daughter and he got care of Laila after her mother passed away . Then all celebrating the wedding of Toha and Abdel Motagally . 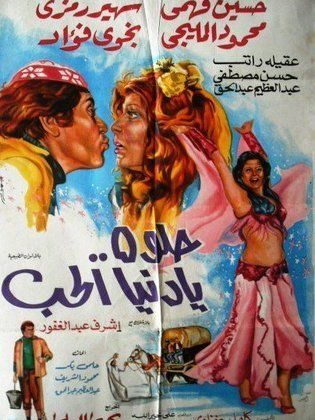