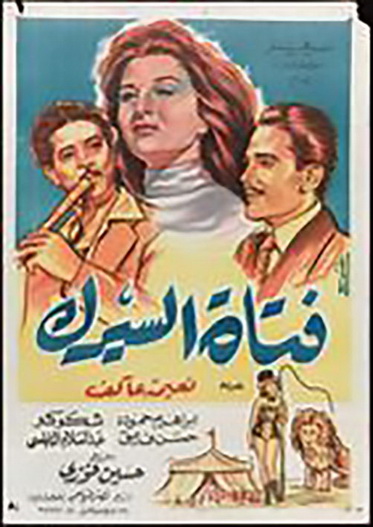 Folaz bek, a rich man who is fascinated by horse breeding.

Samy, his secretary is greedy for Folaz’s wealth, he tried to let his sister Nana to marry from Hassan (his inheritor).

Hassan likes arts and he is working with his friend Rashid in the circus, he loves Besbes (the daughter of the circus owner).

Folaz asked Hassan to return to Cairo but he refused to do so.

Then, Folaz asked Nana to get close to his son for making love and convincing him to live with his father, at the same time he mentioned the story to Bahlol and give him money to let his son away from the circus and he already did, then Hassan came back to his father, he knows that Besbes is in danger and he went to rescue her .

On the competition day, Folaz followers tried to let Hassan lose the competition, so Besbes dressed up the circus customs and she wins the completion.

Finally, Folaz Bek accepted to let his son marry from Besbes and he knows who was having the desire to harm then  decided to kick them out .