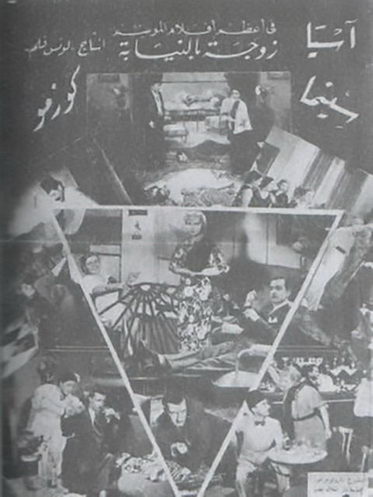 Nahed , a Lebanese lady who escaped from her family because they need to let her marry from a man she is not in love with.
She moved to Egypt on a steam boat where she met with Borhan   the deceitful guy , among passengers on the boat was ( Amina Hanem) the wife of (Mohsen Bek Basha) who was greatly looking alike to Nahed .
One day a jeweler offers Amina Hanem some of his jewelry so she went to her room to check if it’s fitting her at this moment Nahed was hiding in Amina hanem room  from the guys that were chasing her, at this time Borhan was following Amina Hanem to steel her jewelry then he killed her . Then Nahed finding herself thinking to be Amina Hanem , so she pretending to be her, then she asked Borhan to return her back the jewelry of Amina and he already did but after letting her admitting that she is the one who killed Amina after that they threw the  dead body of Amina in the sea .
In Egypt Nahed (Amina Hanem) met with her husband who doesn’t know that she is not his real wife, Borhan started to exploit her with the secret he knows until he was gone away when his lover killed him , and finally the two of Nahed(Amina) and her wife lived happily together .