El Sheikh Salem son’s has passed the high school so he decided to send them to the University of Cairo ,El sheikh Salem asked Mahmoud Bek – the land owner who whom he was working with- but Mahmoud bek refused the concept of education for the farmers families , finally El Sheikh Salem wife decided to sell her jewelry to get money for their education and actually she could now send her sons Ebrahim & Ali to university ,which lead to the anger of Mahmoud bek and then he asked El Sheikh to let his daughter Amal  to come to the palace to work as a servant there , despite her begging for not to send Amal to be a servant but she could not , and the girl was been sent as a servant despite her being a friend to Hussam the son of Mahmoud bek and a love story is there between them .
Mahmoud bek have a nice choice for his son to be the future bride who is Sahn Shan the daughter of the head of ministry, by this marriage Mahmoud bek will get more richness. Amal feel angry when she knows that Hussam will marry Shan Shan and she cursed her as well at this moment Mahmoud bek decided to whip her so she escaped to Cairo to find her brothers who decided to have a both inside the university to buy food and drinks for being able to have money. Amal joined her brothers in their project and she quickly changed her look like the university ladies to the extent that her brother Ebrahim couldn’t recognize her and Hussam as well. Amal and her friends started making tricks on Hussam whenever he met a girl they quickly inform her brother who comes to hit Hussam ,then Hussam fell in love with Amal with her new look and character without knowing that she is the daughter of El Sheikh Salem ,she then revealed her real character to him which made him angry then he calmed down and asked her brothers for marrying her , despite the refusal of Mahmoud bek and El Sheikh Salem they get married as love wins finally . 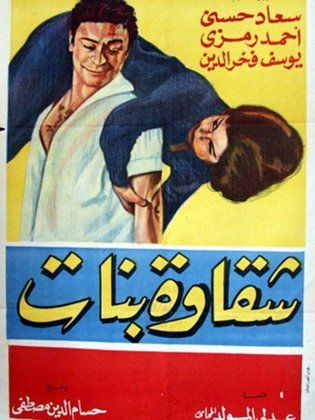