Shahira has a theatrical band specialized in political plays, and is famous for that.

Shahira has a love relation with Fahmy, he is taking care of her financially and her relatives as well.

Kamal is an author who has come to Cairo for offering his play to Shahira who has attracted sensually to Kamal and they get closer to each other and she get away of Fahmy Bek who has realized that he will not be able to own Shahira anymore with the way he is using.

Fahmy decided to send Fahmy to jail for a political clause that he is innocent of, while Shahira used her authority to let Kamal get out of jail.

As for Kamal play, it has a massive succeed at this time Fahmy decided to use his power to close the theater of Shahira.

Shahira then asked Fahmy for forgiveness and she promised to stop showing political plays and she cut her relation with Fahmy who has returned to his country. 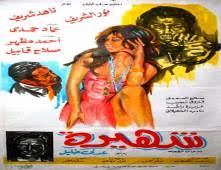