Some guys tried to rap a girl called Maha , and a guy rescued her from this accident, investigations are taken place with them at the police station and the guy who helped her is discovered to be without an ID and he is having a blackout memory , Maha and her father tried to help him , they published his photo in newspapers ,his family remembered him and they tried to contact him , but Dr Hassan discovered that those are a fake family and they need to deceive the guy . then it’s discovered that this guy is Sherif the business man who has signed documents helping in importing a shipment of drugs from abroad, at this time he was shocked and moved to a mental hospital , then he was free now when a rural family met with him and they thought him the cruel man who has stolen their lands they tried to get rid of him to inherit him also , he then escaped to a local district where people there thought that he is Hoda the drummer that has gone to be a drug dealer .
Later on, some politicians found that he is their old friend in the prisoner camp, during all these events Dr Hassan is still trying to treat the guy and let him be regained his memory until he failed totally to do so.
Finally Dr Hassan advised the guy to go forward and not to stick Maha who is keeping trials to help him from the beginning. 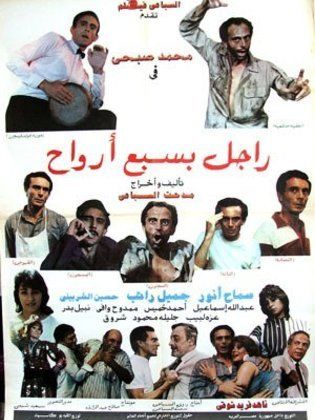