This series is a treatment about the biography of the president Gamal Abdel Nasser ,who has been the one who fiercely affected the reality around him as he has a great effect on the Arabic and Islamic world in this period .

Gamal was born in 15th January in 1918 in Alexandria ,then his father let him join the primary school of El Nahaseen in El Gammaleya in Cairo where he faced his first shock when his mother died who was been his model and that he know her death during his visit to Alex when she stopped sending him letters .
He then joined the secondary school of Ras El Tin where he also participated in the revolutions of El Mansheya I Alex that was against the colonization and the return of the 1223 constitution, he then got arrested then he became very angry and enthusiastic towards his country.
Then his activity has been raised in the school to the extent that he got terminated from the school for being accused of being a trouble maker who is being against the government system and instigating students .

After finishing the secondary school he joined the political party of Misr El Fatah ,and then he tried joining the Islamic brotherhood but he didn’t proceed with them for their ideology ,he then get more mature with the Arabic world that he was sharing in a revolution on a yearly basis in November for being against the promise of Belfor who gave England the right to let the Jewish have a place in Palestine .

–  .
Gamal then joined the infantrymen weapon in the army  and was sent to Menqebad in upper Egypt where he met with a group of police officers who later be ( El Zobat El Ahrar)

The he joined the army in Sudan with his colleagues then he returned back to Cairo for being an instructor in the college in 1947 then he met with his wife Taheya Kazem who were loving each other strongly as she was his support till end of his life .
together with his colleagues they established a  party named El Zobbat El Ahrar which was having a target to get rid of the Colonizers and to free Palestine.

In 1952 he decided to revolute against the King and the English colonizer , then the revolution succeeded, then the King left the kingdom for his son , then the first president Mohamed Naguib .
In 1954 Gamal was about to be killed in Hades El Mansheya ,then the agreement of El Galaa that was the start of his being a president, where he start new age I all aspects , agricultural , industrial and educational ,also establishing a strong army to secure his country  ,he then became famous in Africa and Latin America and was the inspiration for many countries to be free.

–
In 1956 Gamal declared the nationalization of the Seweiz canal to be hundred percent Egyptian which raised the anger of some European countries that attack port said for this issue ,that was also a point that increased his popularity .

..
He then build the high Dam through being financed from Russia after America , the west countries and also the global bank rejected to support him financially ,he issued also the law of agricultural reclamation that cause kind of equality to all villagers to the landowners .

Another shock was the defeat  of 1967 that was resulted in the colonization of Israel to Sinai and the Golan.
He then stated that he was the reason for all of that when he doesn’t have a right estimation for the situation and he declared that he will resign in his letter in 9th June 1967 ,but people protest against him supporting his stay as their leader ,he then started to reshape the army and to be ready for the next ,but unfortunately he became sick and was not been able to work day and night ,after holding the Arabic conference in middle east he distributed presidents where his life ended  in 28th September 1970 . 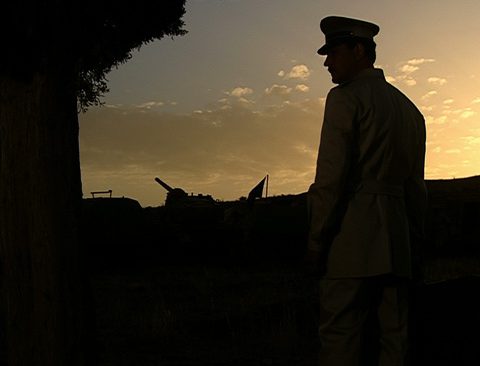