Haj Ebrahim Thabet is a very rich business man who is originally brought up in a local neighborhood , he has three children Maged,  Thabet and Madiha. Despite his being rich he never stopped his nostalgia to his neighborhood friends .

In his daughter wedding night , Haj Ebrahim falls down and was moved to hospital for having a very fatal operation , for his being aware of how much his sons are greedy , he decided to write down a document stating that all his wealth should be moved to his second wife Fardous , he only left his dad house and a small factory where he began his trade , he only tells his friend Haj Abdullah about his intentions .
Haj Ebrahim travelled abroad for the operation to be done and they all felt disappointed when he comes back alive with a healthy condition.

But unfortunately Fardous was died in an accident while having the wealth that her husband left her before travelling and he now has to admit to his sons the fact that is hidden , Madiha decided to let everything to be moved to her father’s ownership again and so did her brothers as well while being obligated

Soon after this his sons changed their mind as result of the stress they faced with their wives as well Samir the husband of Madiha , this conflict lead to work getting complicated because they have no experience to manage the business alone, Haj Ebrahim decided to leave them all and to direct to his old factory the place where he started along ago . .

One day while his being in a visit to his friend Abdullah, Haj Ebrahim met with Soad his daughter who was a widow ,he asked his friend to let her work with him and the father accepted .
Soad from day one she appeared as active and positively working with great qualifications at work and thus work grown faster while the relation between Haj Ebraheem and Soad grown as well ,he asked her for marriage and they got a baby boy named Ahmed together with her daughter Amal who is Haj Ebraheen is fully taking care of her .

At the other side his sons could not well manage the group and due to this some companies were been sold in a caution, a surprise happened then when they all noticed who will be the purchaser?
so let us watch what will be the reaction for Thabet and Maged after bankruptcy … 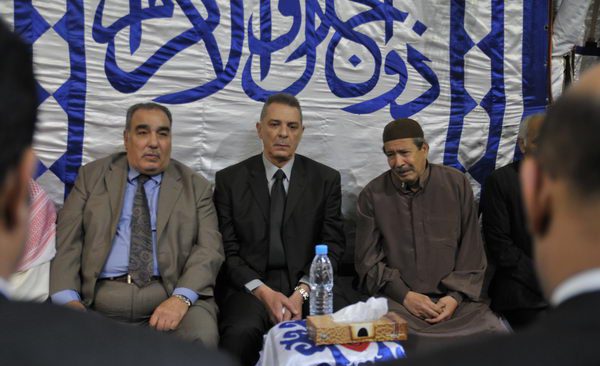