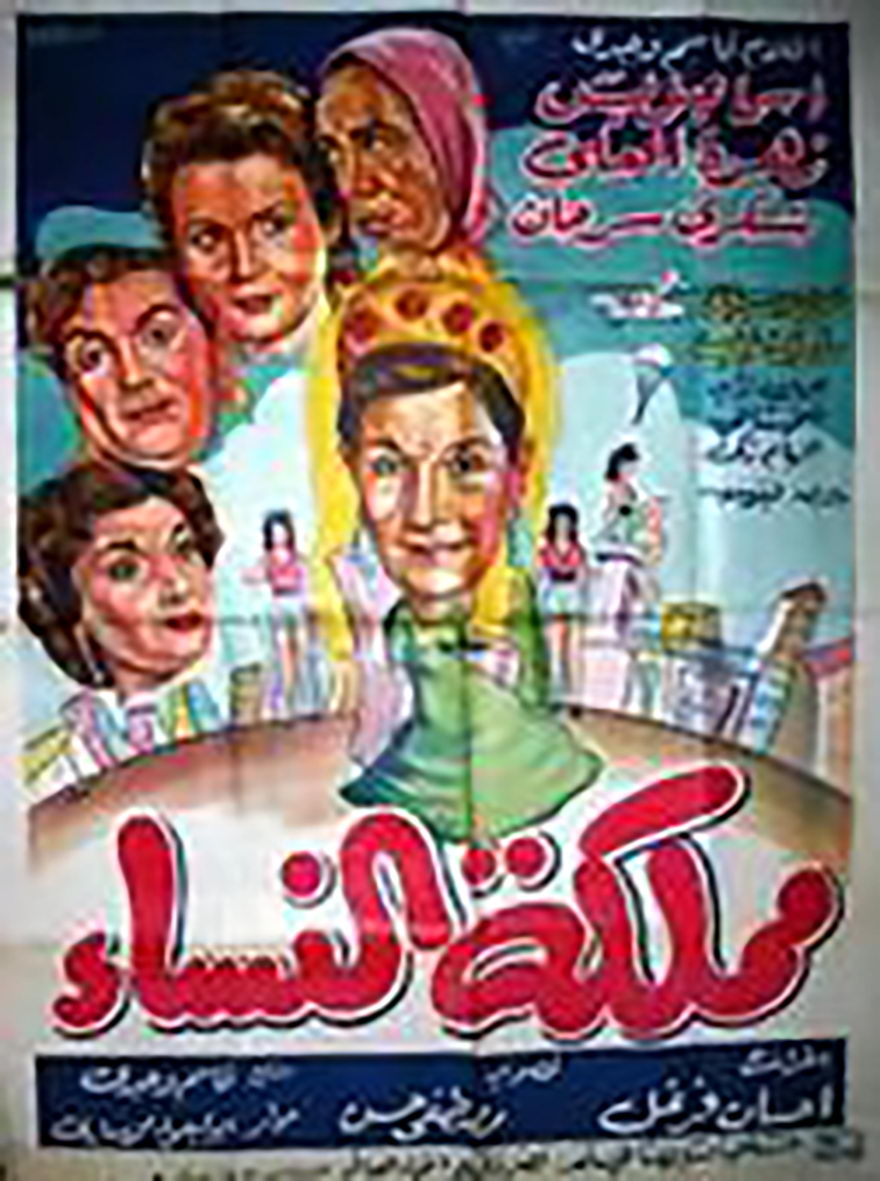 Our movie is about a woman who is very care about her work while ignoring her responsibilities for her husband and their children as well.

One day she read a book named (Women kingdom) about a lady who is proud of being opposite to all men and she has created a kingdom for only women.

One day an airplane landed on this kingdom so they have a to be disguised as ladies in order to be safe, the assistant pilot have caught by the women of the kingdom and was asked for love and he refused so he get poisoned, while the pilot revealed his real entity so he also was poisoned.

Both the pilot and the assistant tried to escape from the kingdom, they were surprised by the news that a group of men have come to the kingdom to marry her ladies and that the kingdom decided finally to be mixed with men and to be in the normal state, as women is in need to men.