Ahmed who is an engineering and working for a contracting company that is owned by Ebrahim.

Ahmed is being promoted when his colleague Soliman has embezzlement and then the eternity is for the straightforward Ahmed.

Soliman starts to meet up with Amany(Ahmed wife) and then Ahmed is arrested and all his properties is expropriated .

Amany then lived a hard life with her child, but Ahmed didn’t leave her suffering, he divorced her while in jail, she then get married from Soliman.

Ahmed gets out of prison and he shocked that Amany get married from Soliman, she tried to get rid of this miserable life especially when Ahmed insists to take his son from her despite her begging.

She then regrets of marrying Soliman after she lost Ahmed and her son, so finally she decided to kill Soliman to end her pains. 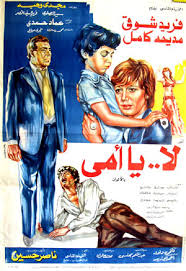