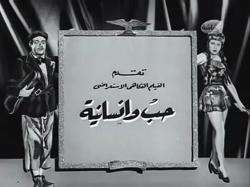 Suddenly, (Hayes) become responsible for the wealth of his uncle who has passed away and having three daughters.

Because of being poor and with no job, Hayes decided to take the money for himself and to spend the money on the belly dancer whom he is in a relation with.

When the three daughters know this issue, they decided to return their father’s wealth.

Hayes then feels sorry for spending his family wealth on a dancer while his cousins are in need of their money and he started dividing his uncle’s money on the three daughters upon his uncle testament, and he decided to marry the oldest one of his uncle’s girls.