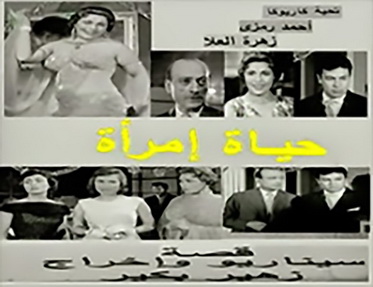 A man is living happily with his wife in Alexandria, their life is too calm except the idea that the husband is an alcoholic drunkard which lead him to have a relation with a belly dancer who is their neighbor.

He left his wife seeking lust and one day while on his way to the belly dancer he died through a car accident.

After being a widow, his wife started to search for work to have money to leave, she started to work in a company where the owner asked her for a relation due to being beautiful and when she refused, he kicks her out.

with having no other choice, she decided to work as a belly dancer and she succeeded massively in this job to the point that she become the owner of the biggest theater in Alexandria.

The widow has a daughter who is living in Cairo and has no idea about the life of the mom. She loved Ahmed who is a university colleague and they agreed to get married, while Ahmed female cousin is intending to marry him by any means so she made a trick for them when she invited the belly dancer to perform in her birthday with the presence of Ahmed and the daughter.

All the invitees were shocked when she revealed the truth that Ahmed will marry a lady whose mum is an owner of a night club and is known for her bad reputation.

The widow returned to her theater feeling sorry for the situation she involved her daughter in, and she decided to stop owning this business and will be a good person for the sake of her daughter.

When she entered her room she was shocked when she noticed a man suicide and then the police came and she is accused of his death until Ahmed come and proof her innocence as she was in Cairo at the crime time, then he marry her daughter.