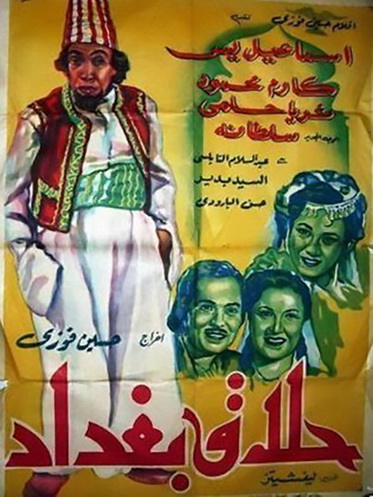 The contemporary Baghdad barber is telling his clients about his grandfather the historical Baghdad barber who has born an abnormal child with having a mental disorder.

When the guy grows up, his dad tries to make some sort of entertainment for his son, so he bring a slave girl specially for his pleasures.

After meeting with the guy, the servant discovered he is not mental retardant and he is pretending so because he is loving the governor daughter, so the slave girl decided to go to the beloved house to be her one and thus she will let them get closer.

By entering the palace, the slave girl caused some problems that have solved finally.

The barber was so happy when he knows that his son is normal and he goes to the governor asking for forgiveness and proposing marriage from his daughter, at first the request is been refused, but he then accept the wedding for the two lovers.