The revolution of the protesters who were highly elevated were faced aggressively by the police officer Hemmat through getting them down on the physic side , the assistance of El Shaweesh Abbas who was also courage by his master Hemmat together they were torturing the arrestees among of them mostly was Dr Shawki who was been suffering during his  prisoned  period .
His power was turned into a sexual inability at home with his wife Noura who was younger than him and that was a reason for letting him suffer with her who lead to being addicted to drugs to forget his humiliated situation.
One day Hemmat was terminated and there was a new system for treating politically arrested ones, accordingly Abbas condition gets worse and his wife asked Dr Shawki for help who was been out of jail and proceed his normal work normally, Noura met with Dr Shawki with no idea of his being jailed and among her husband victims, but Dr Shawki then tried to make a sexual assault on her as kind of revenge but the neighbors rescued her at the final moment. 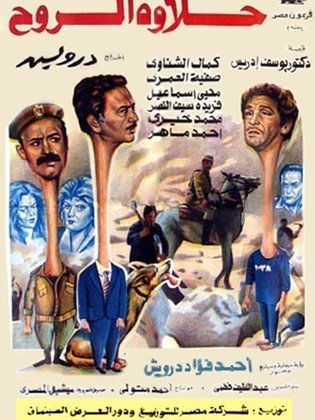