Nawaem feels sympathy with her neighbor Hassan the faculty of medicine student, she takes care of him thinking that he will marry her after being graduated despite the age difference between them. Hassan feels angry for the fact that Nawaem insisting on marrying her while her daughter Nagwa is not accepting this issue .So Hassan asked help from his friend who is in a relation with Nagwa , his friend advised him to go so far and work in a farm owned to Zarea (Metwally uncle ) , Nawaeam searched for Hassan and she finally know the fact that he is in a farm away of her house , she went to Hassan and asked him for marriage again but he avoid talking to her.
She finds no way with him so she moved to seduce Zarea the land owner and she really succeeded to let him fall for her and she married with him while Ahmed & Nagwa also married but Hassan finally married with Saneya . 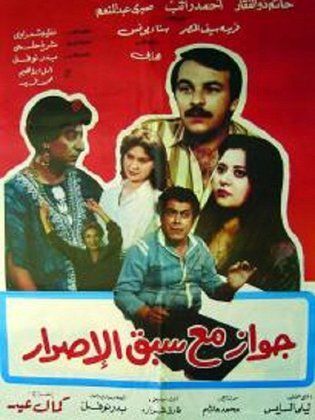