Fekry and Gharib are keeping in touch together after the immigration of Fekry to the united states , while Ghareeb is working at a night club who is owned to  a man who is strict with his daughter Amira who decided to escape of her home with no idea with her about the business of her father . She went to Ghareeb home to be hidden at the same time Fekry wrote to his friend that he wants to get married and he will give him the mission to search for a proper bride, he offered the idea to Amira who accepted to marry Fekry to get rid of her father cruelness, by time she discovered that she fell for Ghareeb and he is too, the day that Fekry arrived to cairo he knew the full story and he divorced Amira to let his friend Ghareeb marry her. 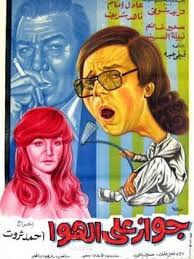