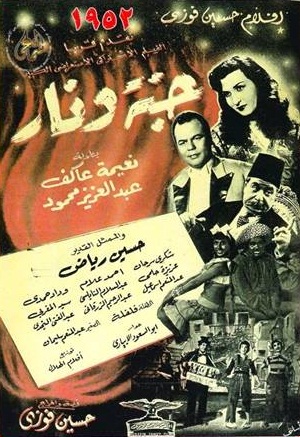 Nancy is an orphan who has six brothers depending on her financially, she has one feeling petty on her except her neighbor Abdel Haq the singer who is in love with her but she is not, Am Marouf   he is a millionaire who was been living in his palace like being a prisoner after his daughters husband has a full control of him to inherit his wealth after his passing away.
Am Maarouf presented gifts for Nancy more than imaginable through his grandchild who was also in love with her, all that makes Abdel Haq get mad but all neighbors advised him to sacrifice for Nancy’s being happy  ,and actually he accepted his destiny and travelled to Alexandria because of the brothers of Nancy to be well grown up . but later she get back to Abdel Haq because she discovered that love is more important than money