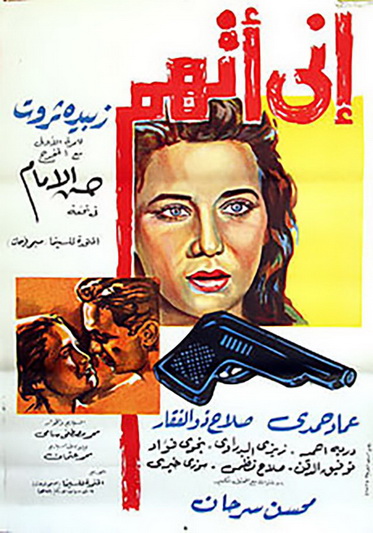 Naeima, is loving her cousin Salah who is a journalist in (Akhbar El Youm Journal).

One day she was hit by a motorcycle and went to hospital for having treatment. Her father was working with a contractor and he left his work due to losing a bag that is containing fatal documents.

Hamed, the man whom Saber is working with, has told all other companies not to let Saber work with them.

While Hamed gets richer, Saber financial state gets poorer.

Hamed used to go around the rich ladies to marry them and gets their money, he is wishing now to marry Soaad through stressing on her brother  to marry him, the brother (Abbas) gets angry and shots Hamed so he died.

At this moment, Saber was in his way to Hamed home and he found him on the floor flooded in his blood, so Saber accused of killing Hamed and sent to prison.

Then Salah write about this case in his newspaper and tried to help Naiema by getting medical glasses, and Abbas was on the spot so the forensic medicine revealed that Saber is not the murderer and the truth revealed.