El Maalem Abo El Maaty the fishermen head in Abo Ear wants to get married from Nousa but she refused because she is in love with the Engineering Medhat.

Abo El Maaty makes a dirty trick to separate Medhat and Nousa and he let Medhat marry his sister.

Stella (Nousa’s Mother) owned a restaurant in same area, accepts the idea of marriage with Nousa and Abo El Maaty.

Nousa then discovered that her mum was in a relation earlier with Abo El Maaty and she killed her husband for the sake of this relation.

Nousa was totally destroyed by this info and asked for divorce, but Abo El Maaty threatened her with the issue that he will lead the police about the killer instead.
Nousa finally decided to escape with her old love Medhat who told her to wait and sacrifice because her mother has declared that she is the murderer, but she preferred to be with Medhat instead. 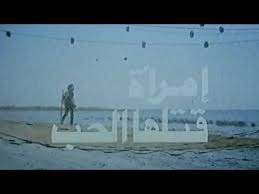