Abdou left his village moving to Cairo to work there to save money through which he could travel abroad .
He met with Aziza and gets married; he is working at the vegetables marketplace where Shams El Din is dominating the market and he keeps trying to get rid of the grocery Gov. booths to have the exclusivity and to be able to control prices then, by letting his followers to consume goods from market so he could now totally make control of everything .

Shams El Din offered job to Abdou and he accepted , Safeya ( shams El Din wife) tried to seduce Abdou and when he refused that , she then tell her husband that Abdou is having sexual harassment with her .
Shams El El Din then decided to revenge by having sexual attack on Aziza but Abdou saved her while Shams El Din loose his power among his followers then he was killed during the attack .
Accordingly , Abdou becomes the head instead and he decided to get back  to his village where there is peace and love away of greedy people . 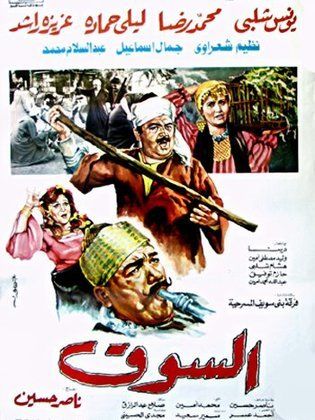