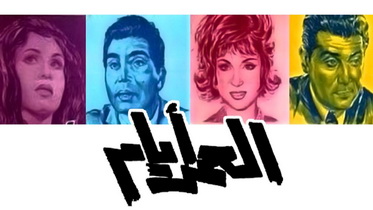 Fathy Salem who has passed the faculty of engineering successfully and then worked with Salem Beh in his publishing house as Fathy as his friend Abdel Salam who are both exploiters , Khaled is in love with Elham with no hope as she was engaged to a pilot who has disappeared in an airplane accident .  Adham who was in love with Nagwa was also Fathy colleague, Adham was admired by the horse race and he spent all his money in his hobbit so he is not able to get money to marry her.
Fathy thinks to get married from Wedad his boss daughter as being a fast way to be rich but unfortunately Rasem Bek refused this marriage as he is from a different social ranking.
So Fathy tried to have a relation with Wedad to attract her to him, he met her in an event held by Elham who was an artist and having more than an artwork among them was one for a singer who is working in a nightclub called Laila who was in love with Fathy and she aimed to get married from him but he was thinking of Wedad.
Rasem Bek offered Fathy a new higher position in case he gets away from his daughter but Fathy refused to do so. He also offered Fathy the partnership of a new project, so he decided to send his daughter to the farm to be away of Fathy, Fathy started meeting with Laila but he stopped when he knows that Wedad returned back from the farm and she visited him at home more than a time and then he realized that she is pregnant, so her family have no other choice but to let them marry. Laila was depressed to the extent she tried suicide and she died in the hospital. He started then remembering her last words: “life is a series of days that are passing; Adham married from Nagwa without saving any money for their home, Elham started forgetting her fiancé as days are capable of letting her forget him.