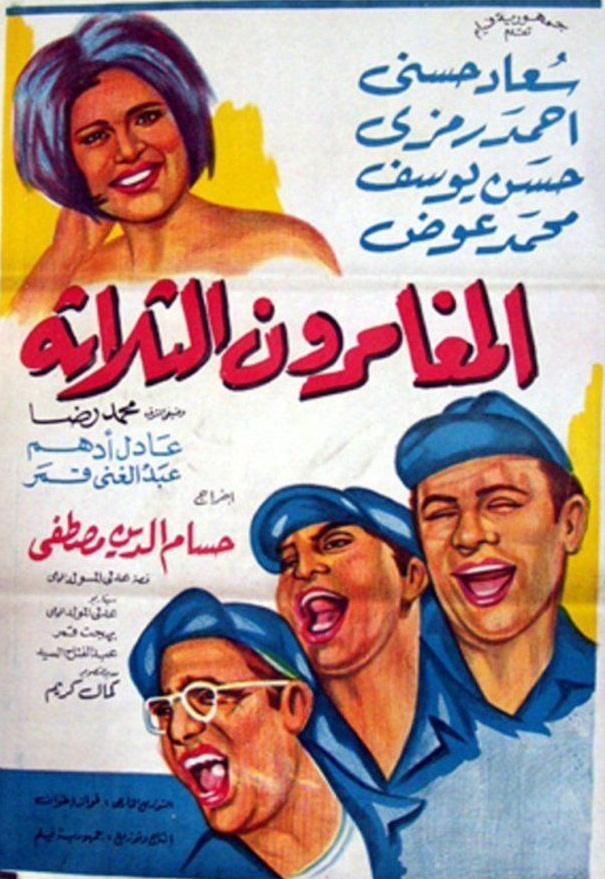 Three guys wasting their time ignoring their study, Essam & Galal have impossible ambitions, while Hamouda is having a horse gambling and they are sure of one of the horses. They were requested for the military service and the officer Gaweesh is training them, they passed their training and they also study during the military service, Mona is in love with her cousin Essam and she always encouraging him, she is working as a nurse in the military hospital so she is able to contact Essam easily with a formal way.
The military service ended, the future is being unknown for them, they decide to make good use of the experience they got in in the military service so they decided to have a strong resistance for the English colonizer in the canal and they succeeded to steel the English forces’ weapons, when they were in risk Mona rescue them but she got a shot during attacks but the three adventurers rescued her finally.