This movie reveals issues evolved in 1948 in Port Said – after the Arabic  defeat in Palestine when the Cholera spread where the  struggle between English colonizers and Egyptian increased .
Mansour El Dahshoury , a weird guy having a nickname of (El Coptan) due to his continuous walking around, he has a special powers to attract women for magical treatment ,also he is listening to radio and then repeating the news everywhere he goes ,so he became the movable radio in his town. As being weird, no one knows whether he is real or illusion ? died or alive?  Egyptian or Greek?  He leaves the answers to the audience to determine .
Helena the escaped women from her husband , fell in love with el Coptan but this love ends easily .
He then fell for Wageeda who got married from the country mayor ,also he is in a relation with Mareya  (the bar owner) ,and Lwahez who is in a relation with both El coptan and Esmail El khazendar that’s why they both hate each other. Esmail tried to catch El Captan more than a time and then he left with defeat moved to other country because he failed to arrest El coptan . 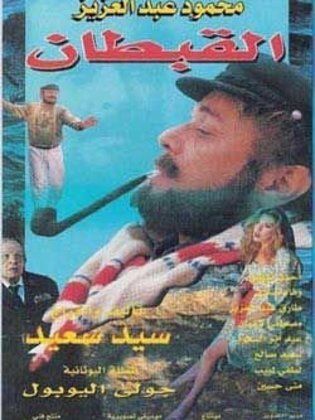