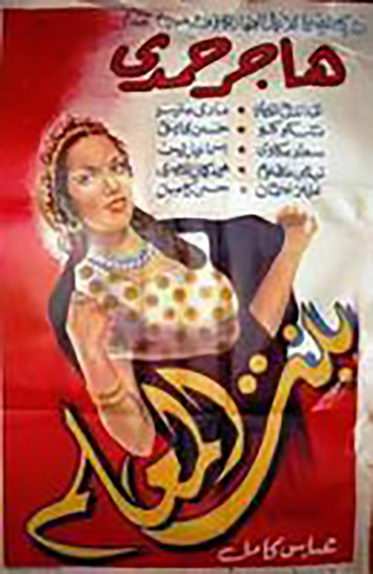 El Maalem Hanafy has two daughters who is been in love with two low level guys , Aziza with Hammouda who is working in a small coffee shop ,the other is Belya who is in love with Hasouna who is working in a laundry house .
Aziza was a target for the folk singer Laziz , who is totally fail to let her loves him . So he thought of a smart trick when he tried to convince El Maalem Hanafy to establish a movie production company together and then he make a contact between El Mallem and a belly dancer as being the hero of the movie that they will produce together, then the belly dancer starts to seduce El Mallem to the extent that he left his wife ,with no positive steps from his daughters who tried to talk to him to leave this lady ,then Hamouda and Hasouna make a deal together to get rid of Laziz and to reveal his fact to El Mallem and they also succeeded to let the dancer admitting that it was a trick and there is no company ,then he kicked  Laziz out of the coffee shop and returned back to his wife feeling sorry for the past ,while his two daughter get married from their beloved ones Hamouda and Hasouna .