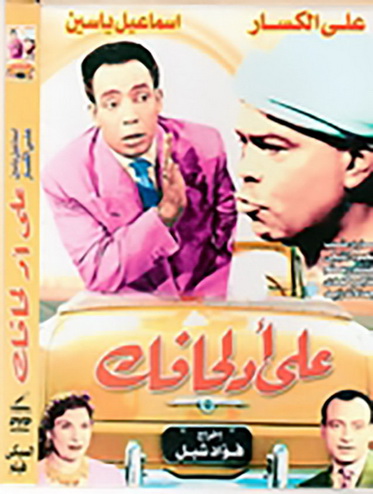 Katayef, the daughter of Samara; the belly dancer, is dreaming to live a luxurious life away of her mother’s one.

Accordingly, she rebels for the desire to break up with Hassanein the poor musician in her mother’s band, as she is aspiring to get married from a rich man to reach her ambitions.

Once she met with Rabea the driver of Mohsen Bek, who pretends to be Mohsen Bek himself so she pretends to be the daughter of Bakir Basha the owner of the great palace and she started to put plans with her family to get married from this rich man without knowing he is just a driver.

She has a good chance when the family of Bakir was travelling and the palace is empty, she held a party as being his daughter in the palace and for her bad luck, the fiancé of Amany (Bakir daughter) is attending the party.

Later on, many comic situations aroused and Rabea has discovered the true character of Katayef and she is not rich lady, she is feeling sorry because her dream will not become true and Mohsen Bek will not marry her, at this moment Rabea also reveled the truth as he is nothing more than the driver of Mohsen Bek .

After falling in love for each other, both of  Katayef and Rabea gives up their dream of being rich and they decided to get married and to start from square one together .