Nadya ,Fawzeya & Samya were three close friends who were like to work with police to proof that the woman is having the ability to lead in this field .
After been graduated fawzeya worked   with the police, she then faced a barrier when she met with her boss the officer Mahmoud who was not having a positive opinion for the ability of any women to work.
But they then later could achieve many success in her work and proofs that women is able to work, and she succeed to let the head of the gang been arrested.
As for Sameya she joined the passports administration office, due to having good notice she succeed to arrest a women who was travelling every now and she, she discovered that this women was part of a team who was dealing in drug trafficking and she finally got arrested .
while Samya joined the office that was dealing with the young arrestees and she felt compassionate with those children who is away from mum & dad tenderness   and she offered them what they were missing due to their miserable situation .She could with assistance of El Shaweesh Salheen to arrest all the members of the gang at the end with her smart plan. 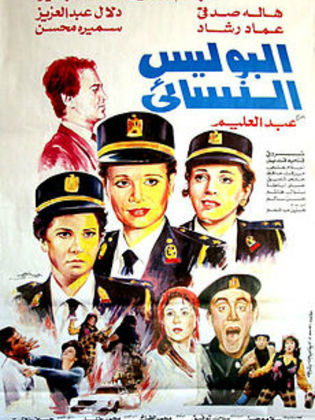