In the hospital all laborers are suffering from the rich man Hamouda who is been there for treatment but he has so many requirements.
The hospital manager asked them to be patient with Hamouda for his promise to offer an enormous amount of money for the hospital.
Hamouda asked Dr Dalal to marry him despite being a seventies man, he also promised her to give her all of his wealth , but she definitely rejected this offer.
Hamouda’s family is there in the hospital waiting his death day after the other to have got his money.
Dr Mamdouh get back from USA to join working in the hospital , when he was required to make an operation to Hamouda with assistance of Dr Dalal , they finally succeeded and Hamouda was now in need for care for three consecutive months .
Hamouda returned to ask Dalal to marry him and gain she refused as she was in love with Dr Mamdouh , so Hamouda decided to escape with the help of Boreay.
Dalal then asked Borgeay to let her know where Hamouda is ,and he discovered the relation between Mamdouh & Dalal so he decided to scatterسistribute l his welath  to let her know where Hamouda is ,and he discovered the relation between Mamdouh & Dalal so he decided   all his wealth gambling with no plan spending money on his favor , so one of his relatives attack him and threatened him to be  killed  if he doesn’t give him his share of inheritance without having info that Hamouda lose all his properties , and then Hamouda got  faint .
Anter moved him to hospital , when he gained his conscious he gave his relatives the money for inheritance and he bought the hospital with establishing a department for free treatment , he then congratulate the marriage of Dalal & Mamdouh . 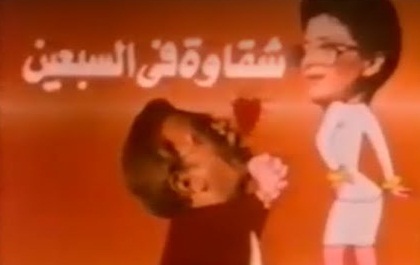