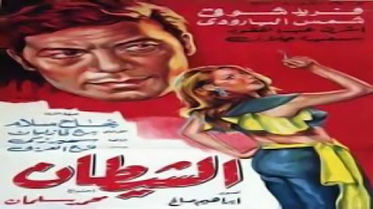 Synopsis
Marco; a gang boss that is targeting to put their hands on  the Egyptian monuments, searches for the person who is able to solve the code written on a pharos treasure.

Police officers are chasing everywhere he goes and specially the Egyptian Monir El Masry who is the concerned officer with this case.

Monir meets his colleague Salah and he warned his colleague from the gang and how they are risky, actually, they were kidnapped in the airport but they could let themselves free later.

Marco massively gets angry when he knew that they escaped and he threatened the concerned ladies, so they lay in a hospital for being safe.

After knowing the night club where Marco is mainly making all his deals in they directed to this place, and while the belly dancer is performing her show she noticed them among the guests and she told Marco about their existence in the night club by the sign language during her show.

Then Marco starts to follow them and he need to get Monir away of them by the assistance of his follower Soad whose reality will finally reveled to Marco.

After that Marco seeks for Hemdan Abo Shama who is said to have half the signs of the treasure, then Monir asked Soad for helping him to bring Marco for photographing the treasures code.

The news reaches Marco who knows about where Hemdan is, and he sends one of his pretty girls to make love with Hemdan and to know the treasure code and already she did, after that Marco killed Hemdan to get rid of him and he moved to the place where the treasure is hidden, at this time the police officers came and arrest all the participated members .