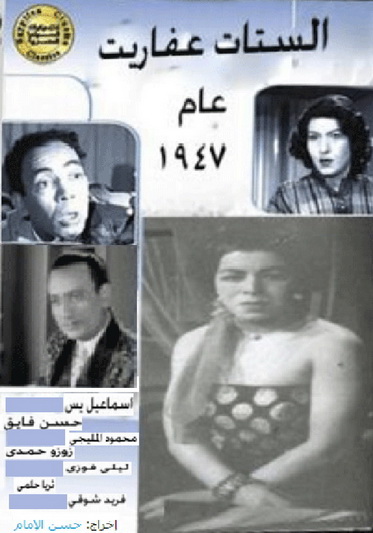 Quarrels and debates between the husband (Ahmed Hamouda) and the wife (Aleya Hanem) because of her jealousy ,their neighbors are trying in some times to get involved to settle the fights between them. Among those neighbors is (Zizi Hanem and Ali Roof – belly dance trainer) .

Ahmed Hamouda decided to travel to his house in the countryside for having some rest but in vain.
The wife meets her end when her car hits a tree.

After her death, Ahmed Hamouda resorts to Zizi hanem to take care of his daughter. A steel crime happened with his jewelry and them the ghost of his wife appeared with another ghost which caused many troubles to him.

After being sure of the loyalty of Zizi hanem and her love to the daughter, the ghost of the old wife decided to leave them live in peace.