The events of the masterpiece of the global  Egyptian author  and novelist Naguib Mahfouz who got Nobel prize in 1988 (Al Harafeesh ) is about the French colonization in Egypt in 1800 where it reveals the life of people at this time where each alley has a strong man who fights for his people and protect them from the tyranny of the other alleys men and that there was (Etawa) which was a figure of exploitation at this from the strong to the poor people  that was due to the non-existence of the police men at this time ,until Ashor El Nagy come and prevent the rule of (El Etawa) and he prevents (El Fatwana) through making the strong man live from his own work and not from collecting money from the poor and rich people for the sake of protecting them .

He let himself an example when he worked on a cart for transporting goods and commodities to people .Ashor El Nagy was brought up under the supervision of Sheikh Afra Zidan who taught him very well the principles and religious ethics . He worked in a lot of jobs until he becomes stable as a cart man where Zein was greatly amazed by his virtues ,so he let him marry his daughter Zeinab .

Ashor & Zeinab got Rizkallah & Hebatallah ,Ashor tried to teach them all morals he got from the Sheikh .

Then Fulla was pushed to let Ashor fall in love with her and a love story really started between them and he finally get married with her despite all rejections around them.

Suddenly an unknown disease appeared on the neighborhood and it caused the death of many people without knowing the cause. He Then decided to leave his home , he advised all people to leave their home but no one heard his advice except  his second wife , finally this disease cause the death of his first wife and her children when she refused to leave with him .

Ashor continue struggling day and night to equalize between both wives, he also got a boy from Fulla called Shams El din.

Ashor with Fulla could survive in their new house that was against to El Bannan palace. When Fulla persuade him to put their hands on the palace as there is no people except them and they will not hurt anyone with their act . Then life  get back in the alley and the government began to be more arranged in actions at the time when he was requested to proof his ownership for the palace but he couldn’t prove his ownership for the palace till he could revenge for this conspiracy and could put his controlling hands over the alley again, due to such conspiracy , a judgment against him was  issue and he is imprisoned ,but due to his good reputation all people stand with him supporting him till he was released from the prison and he returned back practicing his normal life ,then the conflict started again between Darweesh , Sheikh of the alley together against Ashor and Shams El din . 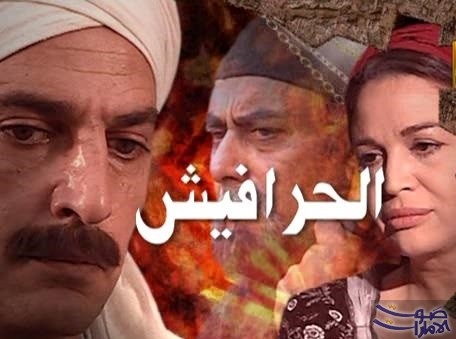