Tarek the police office is investigating in the case of Hayat and her son that died in a mysterious conditions, he asks everyone around starting from their neighbors that were hearing her clashes with her husband, then Azouz who left his house to leave with his Aunt hayat with her husband in Alexandria after a clash between him and his father Bahrawi for not being good in his study.
Yehia (Hayat husband) is suffering from his wife jealousy about having a relation with the Greek woman Marselle .
In fact yehia was in a secret mission to follow the Greek women for her being a spy but he didn’t tell his wife about this, actually Yehia find important documents with Marselle .
Marselle also made a relation with Azouz and she pretended loving him , when Hayat died the forces attack Marselle while escaping out of the country and she then told the police that Azouz is the one who killed Hayat.
Azouz is going to be hanged up , but he died of horror at the moment he heard about this end . 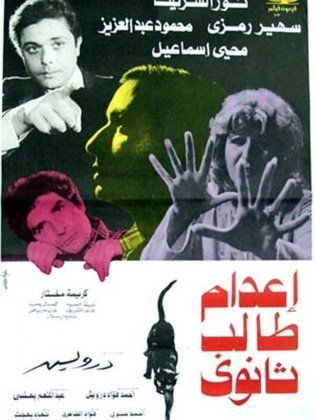