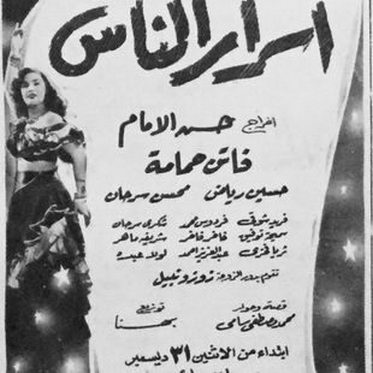 Fathy (bakery owner) guaranteed Anwar after getting out from prison. Anwar when he met with Fathy’s wife who was rich women, he wish her to be his wife instead. So he thinks of how to get rid of Fathy that was by accusing him of a crime to go to jail, and he already did.

Amina (Fathy’s daughter) lost her way, and a businessman found her and let her stay with him, the girl grow up where she met with Anwar who is attached to her and one day he tried to make an aggression but the girl escaped, the mother knows they are sister and brother so she decided to kill Anwar to help her daughter ,and now Fathy is free of prison, and getting prepared for his daughter wedding, the mother faced her destiny and last moments in her life with Fathy and her children.