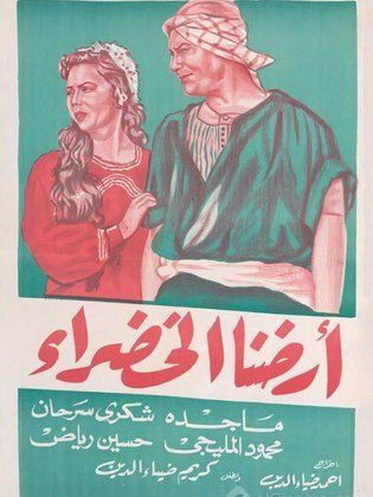 A farmer is living a happy life with his wife and their son Elewa in a farm with three acres space whom he inherits from his father in a farm which is owned by a feudal, who seeks to get all the farm from the residents for himself solely.

The farmer faced the owner and pay all the money he has to let the land free for all the other farmers, at this moment the owner observed the wife and how she is attractive to the point that he desired for her by returning the money back to the farmer, then sending him to Cairo for refreshing his financial conditions.

One night the owner moving undetected going to the house where the female farmer staying alone and he tried to rape her but he failed, while going out neighbors noticed the owner coming out of her house so they thought the owner is in a relation with the farmer’s wife.

The news reaches the farmer and he decided to cut all the relations between himself and the owner while all the people intercepted the farmer for his actions with the owner and his loyalty to him until the farmer knew the truth from his wife, then he goes out opposing the owner.

The owner sends some of his followers to burn all the farmers’ troughs for preventing water to reach their plants, while the people attacking and firefighting, the owner shots the farmer who has immediately died.

Then the wife has taken all responsibilities instead of her passed husband with facing the owner decision to make a water tunnel passing through her land the issue that is totally refused by her, with still having the sexual desire for her but she refuses totally.

A new role will appear who is Saber Afandy; the owner of the bread machine. One day his daughter admits that the owner has raped her when he fails to do so with the wife of the passed away farmer.

Saber Afandy was shocked by this news and decided to take his daughter and to kill her; despite having a scandal as she is no more virgin which is opposed to his traditions.

After killing his daughter, Saber Afandy starting to attack the owner with all the other farmers together in one hand specially the farmer’s widow who has to take all her land by force.

The owner called the police for all the farmers who are attacking him and also his followers who is turned onto him as well, while the fight is occurring the owner killed Saber Afandy .

The 1952 revolution happens and all lands were returned back to farmers who has suffered for planting those lands and did all their efforts to keep these lands cultivated.

As for the owner, he was arrested for all the crimes he has done previously and his land was given to farmers.