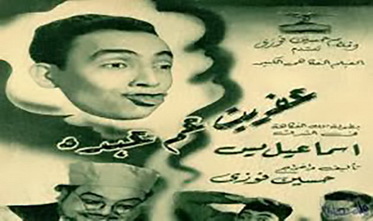 After the death of Habayeb father’s it was discovered that he was hiding a huge wealth in an abandoned  house in desert. He also prepared a map for the treasure inside a scarab ring.
He did all these secretive steps in order to make the treasure safe from his evil brother (Shedid).

All these info is known for Shedid and he started to prepare himself and put plan to reach the treasure.

On the other side, Habayeb also trying to find the wealth before her uncle by the assistance of Ahmed and she is getting rid of anyone who appears to reach her goal.

Unfortunately, She did is the one who find the treasure at first, but it’s a short time then he was killed by the ghost of Am Abdo .

Habayeb and Ahmed get married and returning all the treasure after Am Shedid passed away.